The (Awfully) Thin Line Between Success and Failure 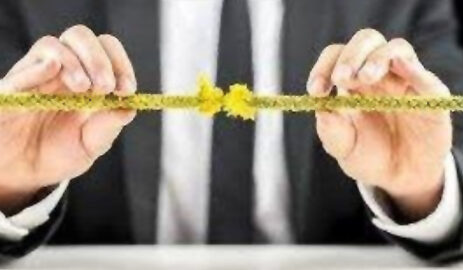 The (Awfully) Thin Line Between Success and Failure

Shelley Rogers started Admincomm Warehousing to help companies recycle their old technology. Rogers purchased old phone systems and computer monitors for pennies on the dollar and sold the gear to recyclers who dismantled the technology down to its raw materials and sold off the base metals.

In a world hungry for resources, the business model worked and Rogers built a nice lifestyle company with fat margins. That’s when a forum mate suggested she get serious and scale up her business. She was also becoming aware of the environmental impact of the companies she was selling to—they were poisoning the air in developing countries to burn the plastic covers off computer gear to get at what was inside. She decided to start recycling the equipment in Canada and to take advantage of a government program that would send Rogers a check if she could prove she had recycled the computer gear according to Canadian environmental standards.

Her new model required an investment in a recycling machine, and to finance her expansion she decided to take her company public in a reverse takeover of a shell company. Friends and family invested $3 million in Rogers’ stock but it quickly became clear Rogers was missing her targets. Cash was drying up as she expanded aggressively and the company was starting to miss payments to key suppliers.

Then things went from bad to worse. Eventually, the business failed and the investors lost everything. Rogers picked herself up and started a new company in the same industry, determined to learn from her mistakes. She built TopFlight Assets Services into a successful enterprise which she sold for six times Earnings Before Interest Taxes Depreciation and Amortization (EBITDA) to CSI Leasing, one of the largest equipment leasing companies in the world.

In the episode, you’ll learn:

– The dangers of a reverse takeover.

– How to avoid falling victim to a check kiting scheme.

– How to know when you are ready to sell.

– How Rogers rose from the failure of her first business and built a successful company she went on to sell.