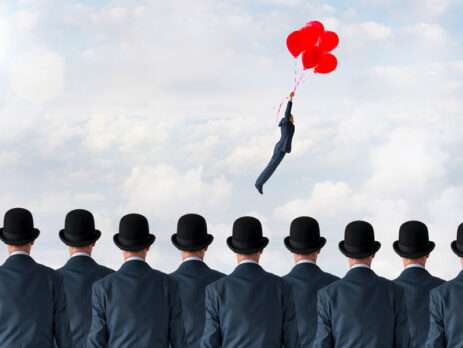 “Sandy Hansen-Wolff was newly married when her husband passed away and left her his feed business. The business was a mess and her original plans were to sell within six months. She held onto the business and grew it from $1M to $8M in revenue before selling. A very moving story,” shares Sam Thompson a Minnespolis business broker and the president of M&A firm Transitions In Bsuiness.

Sandy Hansen-Wolff was a newlywed when her husband of only a few months, Randy Hansen, was diagnosed with leukemia. The doctors told Randy that one in four patients in his position succumbed to the disease. The couple scrambled to deal with the diagnosis and what would happen to Randy’s feed business, which was generating revenue of around $1 million, if he were to pass.

Randy died a few months later, leaving Sandy with little more than a handwritten list of his assets, including a heavily leveraged business. Worse still, Randy had recently pledged the couple’s home as collateral on a loan to pay off Randy’s former business partner.

It was a mess, but Sandy picked up the pieces, learned the business, and grew AgVenture Feed & Seed to as much as $8 million in revenue before she decided it was time for her to sell. This episode stands as a cautionary tale for anyone who hasn’t thought through what would happen if tragedy were to strike.