How to Sell Your Business to a Competitor 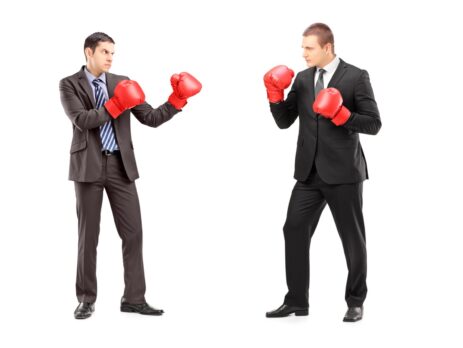 How to Sell Your Business to a Competitor

“Alex Rink owned 360pi, a software application.  Rink enjoyed what he was doing yet felt the time was right to sell.  He eventually sold to a competitor and shares the challenges he had selling to the enemy,” shares Sam Thompson a Minneapolis business broker and the president of M&A firm Transitions In Business. “One large take away is how he slowly provided sensitive information on his business.  He did not provide everything at once.  This way the potential buyer slowly incurred expenses during the slow due diligence process which showed Rink the buyer was committed.”

360pi grew into a multi-million-dollar company with 40 employees when Rink began hearing his business might be worth as much as 3-6 times revenue.

On the one hand, he was excited about the future of the company. They had a Net Promoter Score in the 40-60% range and an annual recurring revenue retention rate of around 90%. They were profitable and growing.

However, by 2017, Amazon was gobbling up 50 cents of every dollar spent online. They had their own price comparison software, so if Amazon became even more dominant, 360pi’s business could be compromised.

Despite how well things were going, Rink decided to sell. He got three offers and ended up selling to Market Track, a competitor with a similar offering.

Leave some field to plow: Rink started out selling to online retailers, but he was excited to begin selling to product manufacturers. Rather than attacking the opportunity to sell to manufacturers, Rink pitched the idea to Market Track as a promising new direction they could exploit.

Strategic acquirers pay more: Rink was not entirely happy with his first acquisition offer. Rather than settle, he approached competitor Market Track, which had several synergies to exploit. Market Track had a bigger sales team than 360pi, yet the 360pi product was better. Rink argued that by adding the 360pi to the briefcase of the Market Track salespeople, Market Track could make off like bandits – and therefore, should be willing to pay more for 360pi.

Staged disclosures: One of the dangers of selling to direct competitors is revealing too much. A direct competitor, keen to learn your secrets, could use the veil of an acquisition offer they have no intention to follow through on as a way to learn about your business. To fight against this risk, Rink proposed a staged diligence period where they would reveal increasingly sensitive data the further Market Track progressed in their diligence. The more money Market Track spent on diligence; the more confident Rink felt that they were serious about acquiring 360pi.

There are lots of other tidbits in this episode, including: