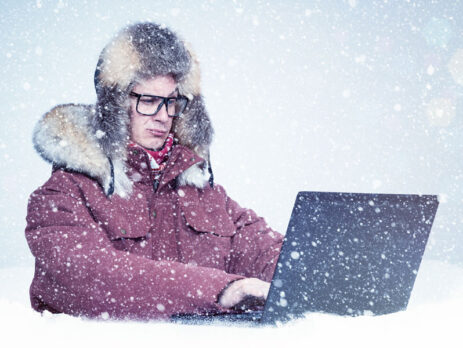 “Andrew Gazdecki created a mobile app called Bizness Apps and grew the business to over $7 million in revenue in just four years. Andrew shares how he sold his business,” shares Sam Thompson a Minneapolis business broker and the president of M&A firm Transitions In Business. “He explains the process he used to reference check his acquirer and also walks us through how he told his employees he was selling. Gazdecki includes tips on how to cut your tax bill when selling your company.”

Before handing over his marketplace, Gazdecki noticed something interesting in his search logs. There were a lot of businesses searching for developers who could build a mobile app. It was 2010. Every company wanted to have a mobile application. Few could afford the five-figure investment for a custom app from a development shop, so business owners were trying to hire freelance mobile developers at a torrid pace.

Gazdecki decided to take the $50,000 he had made in the sale of his first business and invest it to create a simple template any business could use to create a mobile app. He named the company Bizness Apps.

His timing was perfect.

The world was moving from desktop applications to mobile apps, and Gazdecki was the beneficiary. Bizness Apps grew to more than $7 million in revenue in just four years, which is about when he was offered $15 million for 70% of the company. Gazdecki was torn. Fifteen million dollars was life-changing money, yet Gazdecki had the sense he might be able to get more.

Gazdecki turned down the offer and continued to build Bizness Apps.

Soon after turning down his first acquisition offer for Bizness Apps, Apple made an announcement that would jeopardize Gazdecki’s entire business. Apple banned template-based mobile applications from their AppStore. The move triggered a five-month firestorm for Gazdecki, which only ended when he decided to cold email Apple CEO Tim Cook.

It was a Hail Mary, and it worked. Thanks to Cook, Gazdecki got his client’s Apps back in the App Store, but he was spooked by how quickly he could lose everything. Gazdecki decided to sell and promptly received an offer from the Austin-based private equity group, Think3. Think3 agreed to buy 100% of Bizness Apps in an all-cash sale that was well north of $20 million.

It was a fairy tale ending to a fantastic run, and in this episode, you’ll learn: