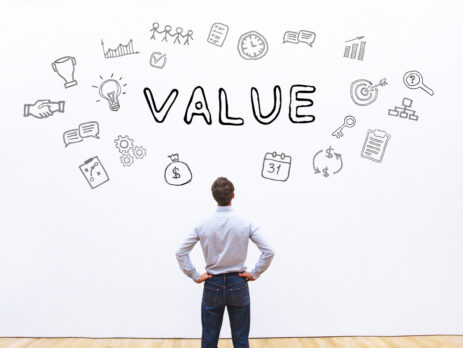 You hear me talk about the 8 Key Drivers of Company Value, as these are often the things that acquirers look for when considering whether or not they want to buy a company. So, I thought with the curtain drawing on 2018, that I would share some of the best episodes of Built to Sell Radio (in my opinion), where entrepreneurs share their real-life stories and highlight how the 8 drivers affected their exits.

In Episode 145, Julie Nirvelli’s salsa company was on the brink of bankruptcy, despite having distribution agreements with big-name retailers like Whole Foods and Kroger. Nirvelli struggled to scale because she had a negative cash flow cycle. She had to buy raw material, design packaging, market her product, and then sit around and wait for her distributor to pay her weeks later.

She sent a last-ditch email to four potential acquirers – and you won’t believe what happened next.

In Episode 124, Claude Theoret got almost four times revenue for his company, in part because he built a powerful financial model that demonstrated the growth potential of his business to acquirers. Find out the steps he took to build an attractive acquisition.

In Episode 130, Harpaul Sambhi had a successful exit, but one of the things that nearly derailed the process was how dependent his business was on the social media platforms that were essential to his product.  If your business is over-reliant on a single employee, customer, or promotional channel, listen now as Sambhi discusses how he overcame this obstacle.

In Episode 133, Tevya Finger mastered the Valuation Teeter-Totter. Finger’s cash flow could have been compromised, as hair salons are notoriously slow to pay invoices, but he found a way to get their cash early. Listen now to learn his secret.

In Episode 152, David Hauser bootstrapped Grasshopper into a recurring revenue juggernaut. His model was so well designed that Hauser and his business partner walked away with $165 million in cash and additional stocks from Citrix. Find out how he did it.

In Episode 137, Tomas Gorny’s mission-driven approach to simplifying website hosting set him apart in the industry. Listen in to find out how you can also differentiate yourself from your competitors.

In Episode 156, George Bandarian II focused on what he calls ‘customer delight’. By turning his customers into his biggest supporters, he was able to take his family business from a remnant of a dying industry into a huge exit. Find out how customer delight created a world-class company.

Many small businesses struggle when the founder steps away. In Episode 141, Stephanie Leshney discusses how she helped transition her family’s business, Ross Organic, after taking over the company from her father. She has some great strategies if you’re planning to exit from a family-owned enterprise.